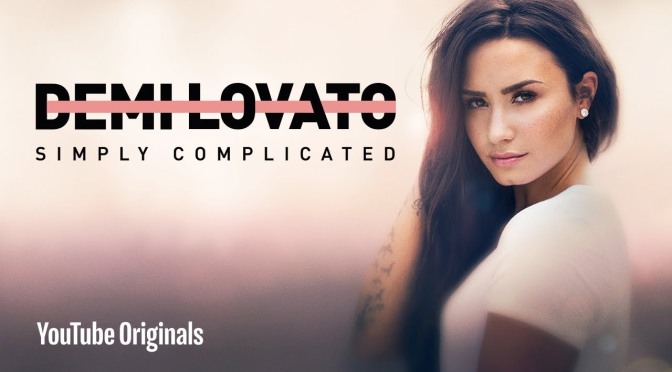 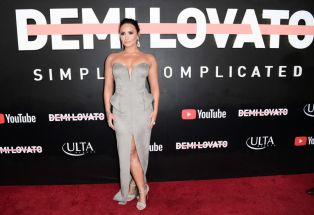 Demi Lovato’s new documentary has reached over 7.5 million views on YouTube. Simply Complicated is a raw and most honest outlook on the last decade of her life. Now 25, Lovato has experienced some of the most life changing events imaginable.

When in school Lovato was severely bullied, she was a target to any hurtful people. In the documentary you get personal interviews and perspectives from some of Lovato’s closest loved ones. One heartbreaking thing you learn was the extent of the bullying, a group of girls were especially hard on Lovato when these girls decided to create a petition for her to commit suicide which was passed around the whole school.

When a very popular girl took an interest in Lovato and wanted to befriend her, Lovato went along and was introduced into the whole new world of partying, drugs and alcohol. While on Disney Channel, the 17 year old tried Cocaine for the first time. Lovato even states “I loved it the first time that I did it.”

Experiencing life without a parent can be devastating, Lovato’s biological father was never in her life, and when he did come up he was only there for a short period of time. This took a major toll on Lovato as he was described to randomly tell her and her sister “he was dying tomorrow” when he wasn’t. Lovatos biological father was an addict and an alcoholic, and Lovato even reflected, ” I guess I always searched for what he found in drugs and alcohol because it fulfilled him, and he chose that over a family.” He later passed away from cancer in 2013.

Lovatos involvement in drugs took a turn for the worse while she was still a teenager. While touring for Camp Rock 2, Lovato had decided to have a huge party at the hotel she was staying at. At this party, Lovato was using Adderall and consuming alcohol. One of Lovato’s backup dancers told on her for using Adderall, and when Lovato found out who it was, she punched her in the face. After this encounter, Lovato was immediately sent to a treatment center at 18 years old for the very first time. Lovato was officially diagnosed Bipolar.

After leaving the treatment facility she went back into her old temptations, which resulted in a downhill spiral. Lovato wasn’t following the steps of her program, she even said, “I wasn’t ready to get sober. I was sneaking it on planes, sneaking it in bathrooms, sneaking it through the night. Nobody knew.” She went on a two month binge period of where she was actively using drugs everyday. Lovato went through 20 sober companions, she was even using other people’s urine just to pass her next drug test. Mike Bayer, who is now a very active person in Lovato’s life as he is her personal development coach, was contacted by Phil Mclntyre to give guidance on how he can help save Lovato. Bayer in a interview explained Lovato was on a very dark path to suicide. “She had bags of pills and a 8 ball of coke.”

Phil had reached his breaking point as he was about to drop Lovato and no longer be her manager. All of Lovato’s team and Phil were about to leave her. This was devastating to her, so to save her relationship with them she complied with there request of giving up her phone. Lovato smashed her phone and dunked it into a vase of water. This was a milestone to self-love, and rebuilding herself for the better.

Demi Lovato is five and half years of pure sobriety. She hasn’t had a relapse of drugs or alcohol and she is very proud of herself for that.

Lovato does still struggle with an eating disorder, her mother even explains how Lovato has always obsessed over her body and being unhappy with the way she looks. When she does have moments where she messes up, with bingeing and purging, she feels very ashamed because she doesn’t want all of her hard work to go to waste.

The gym was Lovato’s saviour, it has had the most positive impact on her life. She is actively training in MMA and in Jujitsu and is working hard to her goal to become a black belt. She explains how the gym helps keep her mind off her addictions. She is constantly working hard, and is focusing on bettering herself. “I’m on a journey to discover what’s it’s like to be free of all demons.”

I give this a 10/10 recommendation seeing a different side to Demi, I have gained a new level of respect for her. I loved how she kept it so real and raw and as a person that is hard. But for someone on her type of platform you have the whole world judging your every move and she still just said it how it is. I believe this is a healing mechanism for her, and also she is benefiting young adolescents, and young adults onto what drugs can do to you. They change your whole life, Demi had to hit rock bottom and built herself back up again. It is a beautiful documentary and I am glad I took the time to watch and see the humanity in Demi Lovato.