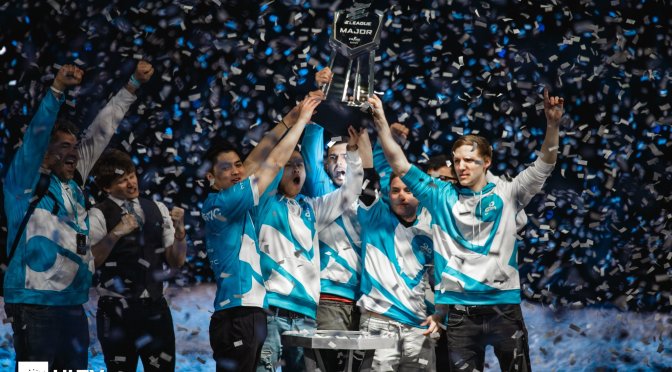 In an unprecedented way, Cloud9 sets the record after winning the ELEAGUE Boston 2018 Championship

Let’s start by giving some background over the event. The Boston 2018 Major Championship was an eSports tournament that had players compete in the shooter Counter-Strike: Global Offensive. Normally the game has two ‘Majors’ a year, with one in winter and the other taking place during the summer. This years winter Major featured a total prize pool of $1,000,000 dollars, and its finals took place in the Agganis Arena found in Boston, MA. This competition was hosted by eSports agency ELEAGUE.

While we’re setting up the scene, let’s take a deeper look into what Counter-Strike: Global Offensive is. The title was created by gaming industry giant Valve, who are known for other legendary works such as DoTa 2, Half-Life and a series of other hit franchises. In short, CS:GO consists of two five man teamsfighting over an objective. One team plays as the Terrorists, who must arm a bomb at a designated spot and make sure it goes off. The others are Counter-Terrorist, or CTs. They have to defend the bomb sites, and in the case that a bomb is planted, must also defuse.

It may sound straightforward, but if you look under the simplistic surface there lies so much more. It’s a team based game, where on top of raw mechanical skills and reaction times, strategies and mind games come into play. The game features an economy system, where players are rewarded cash to spend on equipment, such as armor or better weapons, depending on how well they do. This adds another layer of remembering the enemy’s economy and knowing how to buy in order to counter them. Think of it like 3D chess, where each team is constantly trying to predict and outplay each other. Global Offensive is the latest major rendition of the Counter-Strike series, and was released in 2012. Still, despite the age the game is constantly evolving as time goes by. CS:GO constantly draws players in, as even with thousands of hours played there’s always something new to learn and master.

Now that the basics are out of the way, let’s head back to the Major. The tournament had teams from all across the world compete against each other, all with their eyes set on crowning themselves as champions. Even though countless teams participated, it was knocked down to the top 24. After many close games that number dwindled to 15 (one team couldn’t make it due to visa issues). Soon a pre-event was hosted in Atlanta, and the count was taken down to the top eight for the quarterfinals. As the games went on, eventually only the top two remained. FaZe Clan and Cloud9.

FaZe Clan were the clear favorites of the event, and an expected finalist. Consisting of superstar players such as Olofmeister, Guardian, and Niko, the new roster is the most expensive ever formed in Counter-Strike history. This powerhouse of a team hosts an international roster, with each of the five players coming from a different country. However, despite the skill coming from the new lineup, the team still lacked a Major victory, and Boston appeared to be theirs for the taking.

Cloud9 on the other hand got through by the skin on their teeth. The all-American team started 0-2 in the Swiss style tournament. After a surprising victory against the infamous “NA Killers” Virtus.Pro, the team began a snowball effect of wins, remaining undefeated as they made their way to number two. After a series of upsets against some of HLTV’s top rated teams (including SK Gaming, the world’s best team.) Cloud9 ended up making it to the Major’s Grand Finals.

FaZe Clan and Cloud9 competed in a best-of-three series. The first map was Cloud9’s pick of Mirage, which looked good for them initially. After beginning the game with an 8-1 lead and reaching half-time with a sold 9-6 scoreline, the Americans had a good chance at closing it out. However FaZe responded during the second half, taking eight straight rounds in a row. The game ended up being a victory for the FaZe Clan. Map two was Overpass; FaZe’s pick. To the world’s surprise it shared a similar origin to the Mirage game. Cloud9 lead the way with an 8-0 in the first half, and ended their CT side with a scoreline of 12-3. Despite FaZe’s best efforts, Cloud9 closed out 16-10. This meant that the finals would go onto map three.

Though the Major took place in Boston, the third map took place on Inferno. This quiet Italian village is seen as one of the greatest maps in Counter-Strike history, being the perfect map for spectating. Once action starts it’s nonstop intensity until the round is concluded, and then the cycle begins anew. The game began heavily in FaZe’s favor, with the first half ending 8-7. However, with a score that close it was still anyone’s game. The foreign team soon reached match point, and attempted to close out the game as fast as possible with risky ‘force-buys’. This proved to be a crucial mistake and took the game to overtime. From there the match went back and forth, evening hitting double-overtime. In the end the story was too good for the Americans not to win, and the final scoreline was 19-22, with Cloud9 claiming victory.

The ELEAGUE Boston 2018 Major Championship proved to be one of the best eSports events to date. The event set insane viewership records on Twitch.tv, a popular video game streaming site. The Grand Finals had over 1.3 million concurrent viewers on Twitch alone, and over 1.8 million spectators in total. This record is an all-time high for a single Twitch channel. The games were also streamed in 16 different languages, allowing fans all across the world to come together in order to witness (and create) history.

For the first time in Counter-Strike: Global Offensive history, a North American team was crowned winner of a Valve Major Championship. The odds were greatly stacked against them, but defying all predictions they won in front of an enthusiastic home crowd.