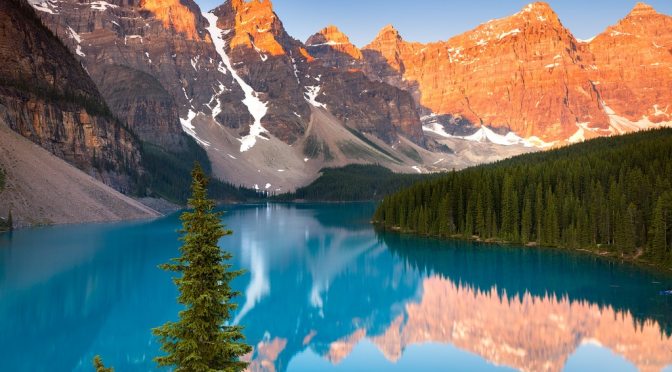 The Federal Budget of Canada has been revealed for 2018, and with it the announcement of free national park admission for children.

The news came out early Tuesday, and was announced by the Canadian Federal Government. Free access to parks for kids was first noted in a speech by Canadian Finance Minister Bill Morneau. In his recent public address over the Liberal Party’s third budget, he mentioned that the previous ‘free-entrance’ program was such a success that the central government has decided to expand upon it.

The aforementioned free program celebrated Canada’s national parks, historic sites, marine conservation areas and more, with entrance not costing anything for all people back in 2017. It was a way to celebrate the country’s 150th anniversary. This recent announcement is set to permanently extend upon that with a similar idea. According to Morneau “Some parks were so busy that they had to turn people away!” This green push actualizes a goal set over two years ago, when the Canadian Liberal Party promised to permit costless entry to national parks for anyone 18 or under. The pledge was set for 2018 and it seems to have made it on schedule.

When the objective was originally set back in 2016, the government designated roughly $83.3 million towards admission for the course of over five years. But since then there have been a change of plans, and it seems that there will be more a serious investments by the Liberals. Now, just two years later, a significant increase to over $1.3 billion has been proposed. With the added funding there will be a new emphasis towards protecting animals-at-risk and biodiversity.

A good chunk of the money (~$500 million) is being dedicated towards the creation of a new $1,000,000,000 Nature Fund. The newest fund is set to be used towards securing private lands in order to aid conservation and endangered species. However, the plans don’t stop at just animals/mammals. On top of the changes, bird sanctuaries and national wildlife zones will be expanded upon. If the Canadian government sticks with their original goals, they are committed to setting aside at least 17% of Canada’s land and waters in conservation efforts. They plan to accomplish that by 2020, and so far it’s looking positive.

The people of Canada will also see a push towards the involvement of Indigenous communities in the planning of the previously listed reserves. During the Federal Budget revealment it was announced that funding is being spent to implement a Truth and Reconciliation Commision call to action. A TRC call of action (specifically #79) presses the federal government to acknowledge, accept and identify the contributions made by Indigenous peoples towards the history of Canada. For this TRC recommendation to spring into life, $23.9 million has been set aside, starting with about $3,000,000 initial investment by the end of this year.

In the end, even though children and young adults may visit with no charge, adults still are billed an average of $10 per entry. Still, will all of the distress over the environment, this is a great thing to see from Canada. Perhaps the Canadians will set a green example for the rest of the world.