Throughout the history of its cinematic universe, Marvel Studios has excelled at creating engaging, entertaining diversions, bringing dozens of characters to life in a string of blockbusters that feed into one another, like a cinematic perpetual-motion machine. What it hasn’t done is make movies that feel consequential. Sure, there was some commentary about war profiteering early on in the Iron Man films, and Captain America: The Winter Soldier glanced upon the idea of selling out privacy and freedom in the name of security. But more often than not, the studio’s films are primarily concerned with keeping all the narrative plates spinning on the long march toward the Thanos showdown that will finally start in Avengers: Infinity War.

Ryan Coogler’s Black Panther is different. Not only is it a long-overdue embrace of diversity and representation, it’s a film that actually has something to say — and it’s able to do so without stepping away from the superhero dynamics that make the larger franchise work. It’s gripping, funny, and full of spectacle, but it also feels like a turning point, one where the studio has finally recognized that its movies can be about more than just selling the next installment. In the process, the studio has ended up with one of the most enthralling entries in its entire universe.

Black Panther picks up in the aftermath of Captain America: Civil War, where audiences were first introduced to Chadwick Boseman’s Prince T’Challa and his superhero alter ego Black Panther. In the wake of his father’s death, T’Challa returns home to the country of Wakanda, where he will take his father’s place as king. Wakanda is a mystery to the outside world. It’s an incredibly advanced country filled with fantastic technological wizardry, but those advancements come courtesy of vibranium, a rare ore found almost exclusively in Wakanda. In order to protect its massive store of the substance, Wakanda has pretended to be a primitive nation throughout its history, hiding its advancements from the rest of the world with the aid of a force field. 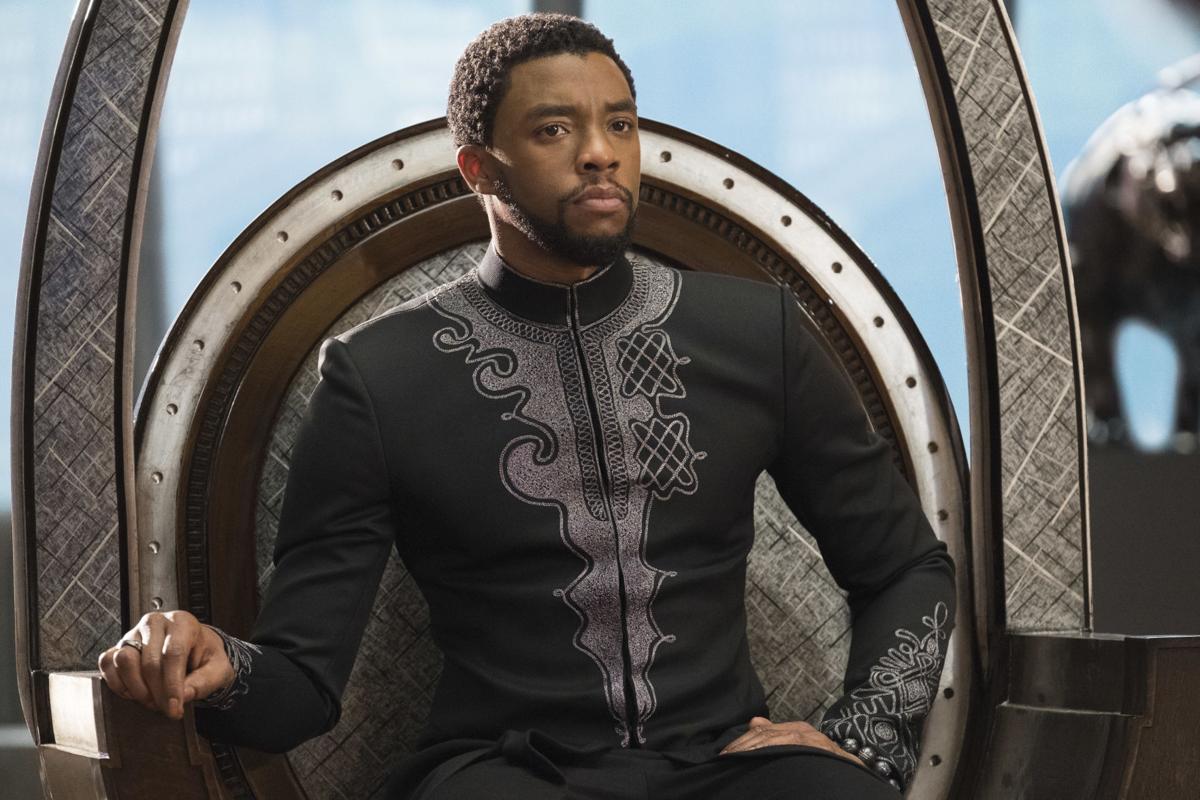 But notorious arms dealer Ulysses Klaue (Andy Serkis) knows the country’s secrets and has secured some vibranium that he intends to sell. Working with him is Erik Killmonger (Michael B. Jordan, also the star of Coogler’s films Fruitvale Station and Creed), a former US military operative who seems to know quite a bit about Wakandan culture himself. T’Challa puts together a team to investigate what Klaue is up to and winds up in a battle for control of the throne of Wakanda itself, with the precious anonymity his country has been holding onto hanging in the balance.

In Fruitvale Station and Creed, Coogler demonstrated his ability to bring emotion and character work to the foreground, whether working on an indie canvas or within the framework of a larger franchise. Working from a script co-written with Joe Robert Cole (American Crime Story), he does the same in Black Panther. T’Challa is still recovering from his father’s death, and he’s torn between the duty to carry on Wakanda’s traditions, and the growing realization that he may need to examine some of them in a different light if he’s to be the kind of ruler he aspires to be. Boseman plays him as quiet and thoughtful, ready to leap into action as Black Panther when the moment requires it, but more often, he’s happy to patiently wait and take the more measured approach. 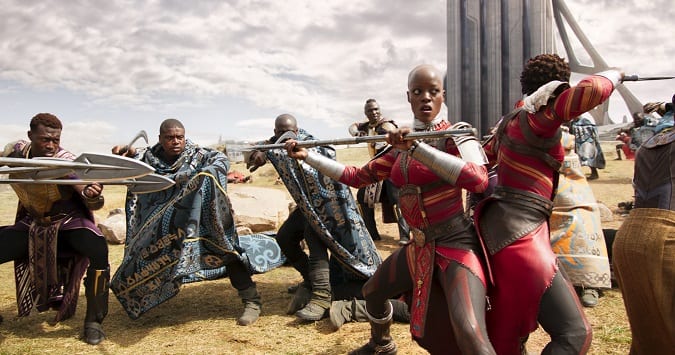 Supporting him is a stellar supporting cast, with every actor and character given their own particular moment to shine. The Walking Dead’s Danai Gurira unleashes fury as Okoye, the head of Wakanda’s special forces, while Lupita Nyong’o demonstrates impressive fighting skills as Nakia, a spy and T’Challa’s would-be love interest. Andy Serkis reliably chews scenery as Klaue, while both Forest Whitaker and Angela Bassett add considerable gravitas as a Wakandan spiritual guru and T’Challa’s mother, respectively. Letitia Wright nearly steals the movie outright as T’Challa’s little sister Shuri, a tech genius who keeps busy being the most sarcastic person in the room, but also spends her time building new weapons and armor for Black Panther. (There’s a particularly fun nod to James Bond’s Q early in the movie.)

Even amid those excellent performances, however, Michael B. Jordan stands out. His Killmonger starts off as a cipher with a memorable haircut, but as the film progresses, Jordan imbues him with additional layers of grief, anguish, and fury. Killmonger is the kind of character who, in a lesser film, would have been an easy, rote villain. But Jordan adds a level of humanity to the character that truly sets the film apart. It may be a common complaint that most Marvel bad guys are just the same kind of megalomaniacal madman aiming for the same world-ending goals, but Black Panther breaks away in that regard. Killmonger’s motives are relatable and emotionally resonant. He’s a tragic villain up against a grieving hero.