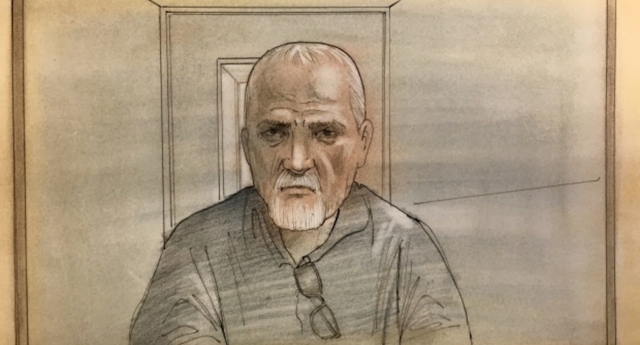 We’ve all heard of serial killers at some point before. Notorious for being psychologically off and taking the lives of others in cruel and foul ways for no real reason other than the fact that they want to, and becoming almost famous in a way from it. From their trials to their usually very messed up upbringings we learn a lot about these people thus becoming notorious. The zodiac killer, Ted Bundy, John Wayne Gacy, Charles Manson and this list goes on of all of the names we’ve heard at least once before in our lives. These people at one point were all thought to be ordinary people just like us, and living secret lives of disgusting killings and terror that would take months and even years in some cases for someone to find about them. That what makes these people and their stories so terrifying yet interesting at the same time, they prove that you really just do not know about a lot of the people around you.

Most of these killers that we hear about more regularly than most are ones similar to all of the names just mentioned, similar in the fact that their crimes all happened a long time ago in the past. Almost all of which occurring before the 21st century, which makes sense because of their stories living on because of how bad they were. But we hear more about these past crimes than we do any of the current ones that shamefully continue to happen believe it or not. We don’t hear about them as much now as they don’t happen too often and there is always something negative happening in the world we live in it seems like, but with so many people in the world it does still happen sometimes.

The most recent case is actually taking place in Toronto, Canada interestingly of all places. The stereotype of everyone being nice people isn’t always the case. An accused killer under the name Bruce McArthur, age 66 was charged with murder in the death of a seventh victim last Wednesday. He is believed responsible for the death of six others and now 42 year old Abdulbasir Faizi. McArthur is a self employed landscaper and is suspected and accused of killing his victims and burying them on his work properties. He was first taken custody in January and has stacked up these seven charges since, he is also believed to have some kind of relationship to each of his victims, in some cases being sexual. The charges date back to missing peoples cases, the newest being Faizi was reported missing on December 29th 2010.

As said before this just proves that cases like this happen way more than people know or think, and you really don’t have a clue of who or what is around you. Keeping an eye out at all times and staying safe is a very large thing that you must do nowadays because there are some messed up and scary things out there in this crazy world that we live in.