In Viki Oklahoma, was hit hard in the fires which scorched nearly 350,000 acres of land. Two people were killed due to the fires and turned miles and miles of farming land blackened. When wildfires strike cattle lands like this, Its very expensive and a long list of needs to keep the lands nurtured and alive. Cows have to go to the vet a long with other farm animals. Barns have to be rebuilt, fences have to be put back up. For the ranchers whose land was destroyed by the fires they received cylinder bales of hay from all corners of rural america. The hay was also free and provided by complete strangers. The most urgent necessity is the surviving cattle need to eat. Last year after a extreme wild fire it left thousands of cattle dead and starving with no crop to eat from. So this year the words spreading a lot faster about the need of hay and the hay delivery kicks into gear. The word spreads around face book and the internet and before you know it everyone is sending hay to these hungry cattle. They came in by the truck loads. 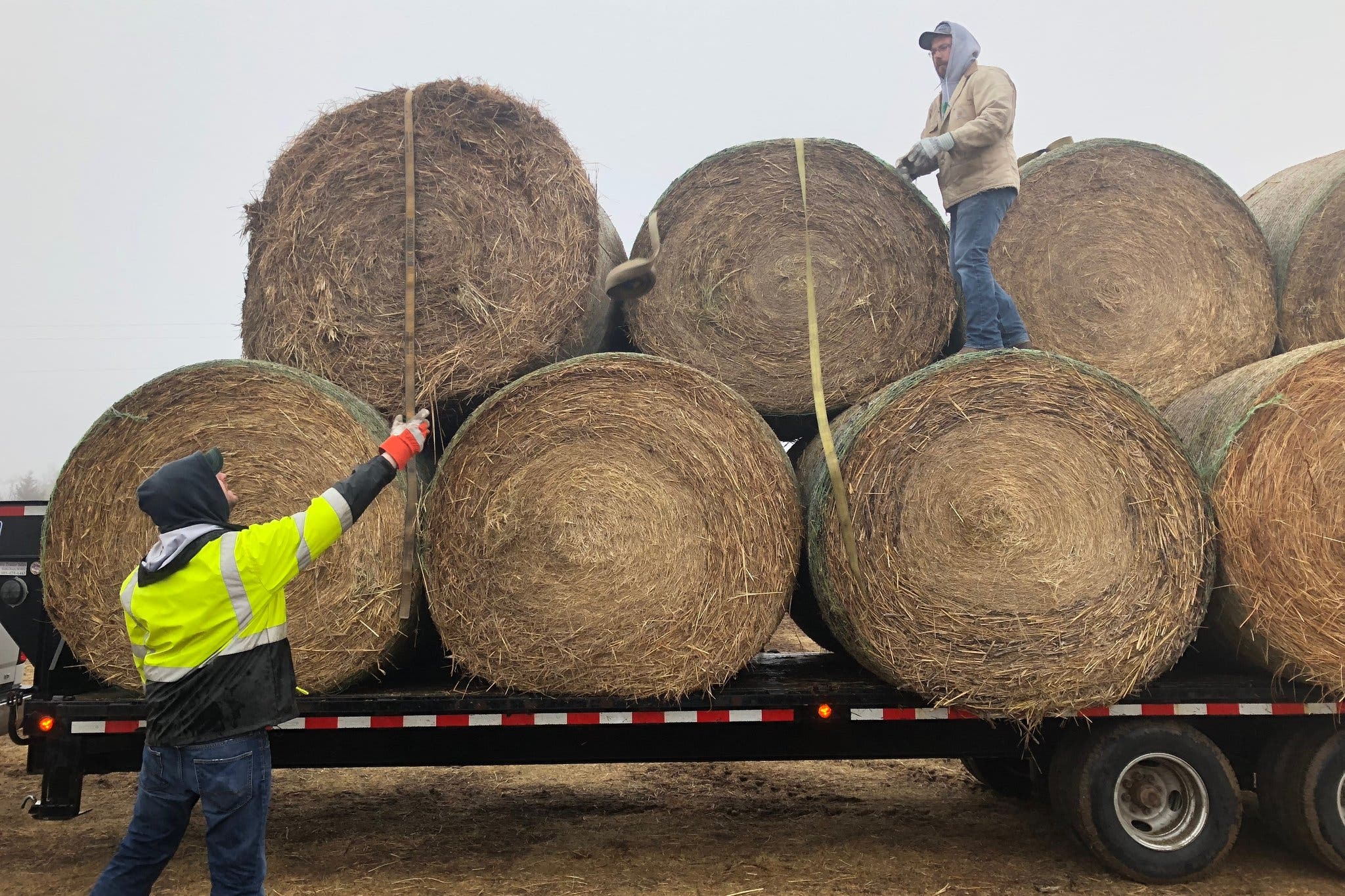 If the farms don´t receive enough bales, they will most likely have to sell there herds. They might not be able to feed the cows enough to gain weight. But not just are they receiving hay from around the US, they are helping each other out in there town. Farmers from a 100 miles away deliver bales and bales of hay to the grass less farm lands that were destroyed by the fires. Farmers told press how hopeless they feel and they are ready to give up on the herd. But when those men roll in with 64 bales of hay it gives them a little since of relief and hope. Convinces them that they dont have to give up and they have a chance to make the cattle strong again.

Signs also are hung around the neighbor hood donating free food, free clothes and free care for the orphaned calves. Hay bales are also just stacked along sides of roads for anyone who might need them to take. Even though help is rolling in, farmers arent very quick to accept the helping hand and are wanting to get thru this on there own. Even when the flames have subsided the damage remains and the country notices the struggle they are going thru and are coming together to help them get thru this.