Le’Veon Bell’s refusal to sign the contract is affecting both sides. Bell missed out on an $855,000 game check. The Steelers are now tied for last place in the AFC North with the Browns and face a tough Kansas City Chiefs team next week. 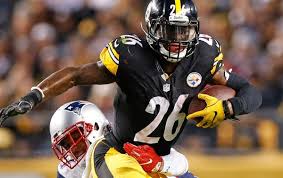 Bell’s backup James Conner didn’t play like a back up, rushing for 135 yards and two touchdowns. On top of that he had five receptions for 57 yards. A big negative of Conner is that he fumbled in his own territory in the fourth quarter that sparked a Cleveland comeback.

Should Pittsburgh settle for Le’Veon Bell’s wishes? Or should Bell suck it up and accept the $855,000 that he gets every game?