Everything really isn’t how it seems. Former Disney star, David Henrie, has been arrested after bringing a loaded gun into the Los Angeles International Airport on Monday, September 10. 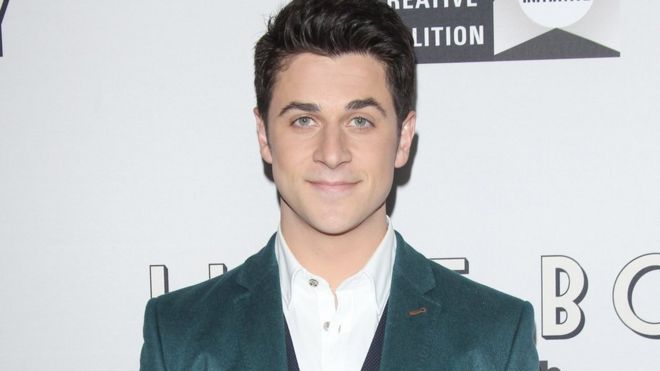 Henrie is best known as his role of Justin Russo, a character featured on Disney’s “Wizards of Waverly Place,” in which he starred along Selena Gomez. He is also known for his role on CBS’s “How I Met Your Mother.”

Henrie was arrested after TSA agents found the loaded handgun in his carry-on bag during the screening process. Henrie did not have a permit to carry a concealed weapon and was detained on suspicion of possessing a loaded firearm and for having a firearm in the screening area of an airport.

This was the handgun found in Henrie’s carry-on, a M&P shield 9mm pistol.

Henrie later took to Twitter to apologize after he was released from detainment:

“I take responsibility for the situation at LAX today,” the 29-year-old actor wrote. “I unintentionally brought my legally owned gun which is registered in my name to the airport. I am so sorry for any trouble it caused, but I am appreciative of TSA’s efforts in implementing the safety laws that are in place to protect our beautiful country.” He continued: “More than anything I am humiliated and embarrassed that this even happened. But I am thankful to the TSA, LAPD and all involved today for their kindness and their professionalism during this process.” It remains unclear why Henrie was carrying the weapon through the airport.

Modern Family star, Ariel Winter, also posted to Twitter slamming Henrie for carrying his handgun in the airport, “So…you didn’t noticed the *loaded* gun in your bag when you were packing for the airport????? In other words…why was your gun not stored safely in a place where you knew where it was and why in the f—k was it loaded??”

And even after reading his apology, Winter then tweeted, “I’m glad he apologized but there’s a bigger issue. If he wasn’t a celebrity would he just be able to say sorry and walk away after bringing a loaded firearm in his bag to the airport?” she tweeted. “I am a licensed gun owner. I would never, ever accidentally bring my firearm anywhere. I lock them up legally where they are at all times. That could be a deadly mistake.”

Henrie was taken into custody at around 9 a.m. and was released several hours later on his own recognizance after he was cited and given a future court date.