Stan Lee, who died in Los Angeles on Monday at 95. From a cluttered office on Madison Avenue in Manhattan in the 1960s, he helped conjure a lineup of many fictional heroes that has come to define much of popular culture in the early 21st century.Superhero of Marvel Comics which he has left a huge mark on our generation, and many other.  has created many marvel characters. Think of the character Spider-Man the blockbuster movie,and Broadway spectacle. Think of  the character Iron Man, Think of Black Panther the that shattered big screen racial barriers. And that is to say nothing of the Hulk, the X-Men, Thor and other film and television Marvel Characters  that have stirred the popular imagination and made many people very rich. 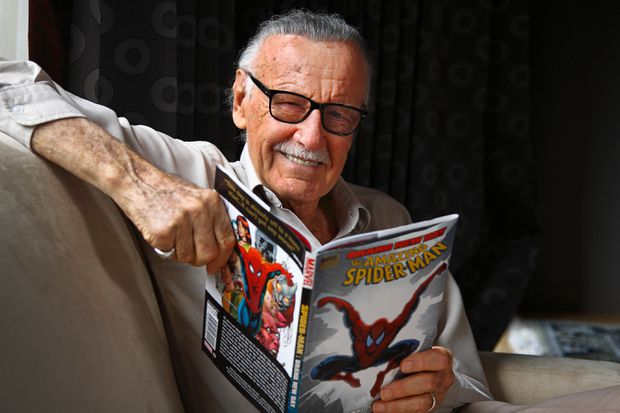 Mr. Lee was a central player in the creation of those characters and more, all properties of Marvel Comics. He was for many the face of the creation of Marvel, if not comic books in general. A writer, editor, publisher, Hollywood executive and tireless promoter of Marvel and of himself, he played a critical role in what comics fans call the “medium’s silver age.”

“I used to be embarrassed because I was just a comic book writer while other people were building bridges or going on to medical careers. And then I began to realize: entertainment is one of the most important things in people’s lives. Without it, they might go off the deep end. I feel that if you’re able to entertain, you’re doing a good thing.” Stan Lee said

Stan Lee forever and always will be remembered as the face of Marvel comics. Rest In Perfection Stan Lee, gone but never forgotten.