On January 11th, 2018 the West Clermont Wolves boys basketball team  had one of their best games of the season, and everyone knew it. The boys played The Loveland Tigers , who were in first place in the ECC. One player that stood out that game was 6’10” junior, Jackson Ames. Jackson is one the key players on the team and really depended on when it comes to getting rebounds and being able to use his body to get open to get points for the Wolves. At the end of the game Ames had 28 points. He went 13-20 from the field, 2-5 from the free throw line, 3 blocks, and 9 rebound total with 8 key rebound son the offensive side.

After having such a good game, Ames had received a lot of attention. For example he had won the WLWT Blitz 5 Primetime Performer award and was up for athlete of the week. I was able to talk to Jackson and ask him some questions like, “Do you think have more pressure on you to perform well after receiving so much attention”. He answered with “ For sure, you know people are now going to be expecting that kind of performance every time I step on the floor”. Another question that I had asked him was “Do you feel the team has more pressure on them or do you think you have the most?”. His answer was “You know everything is a team effort. Sure there is a little bit more pressure on me now, but it also falls on my team. There are gonna be nights when I’m struggling and they will be there to pick me up and vice versa.”  Every time he will step between the lines, his mind is all in for those 32 minutes.

While Ames head is in the game at night, during the day it’s different story. “ When being a student- athlete, student always comes first. You have to be able to excel in academics to make sure you able to do what you want in your future, no matter what path you chose to go down”, says Ames. I believe that is advice all student-athletes should take. 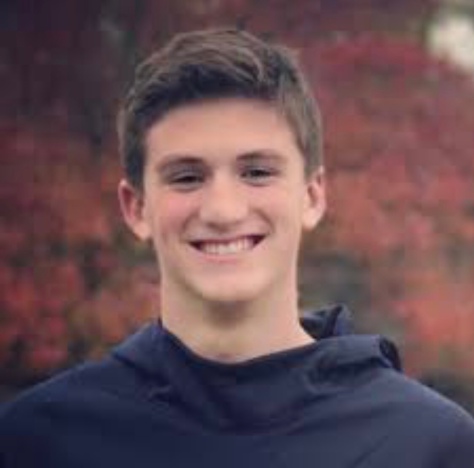 When Ames is not playing basketball, he is still working out most days and working on trying to improve his game. But he also is only 16 years old and still enjoys his spare time to be able to take time for himself. If you are  lucky enough to be able to get to know this guy, you would be able to tell he has a strong personality. By this I mean his character. He has a lot going for him with his goofy personality and always cracking jokes. He is a respectful guy who is always there for his friends and helps them in any circumstance or any way possible.