The most watched event of the year was this past Sunday as the New England Patriots faced off against the Los Angeles Rams in the Super Bowl in Atlanta, GA. The game kicked off at 6:30 with the Patriots to receive the ball, as the Rams deferred after winning the toss. The Pats first drive starts out strong with a first down but then on Brady’s first throw of the day he threw a short interception to Littleton, this was his first interception on the first pass of a game in the postseason ever. The Rams first drive was weak, with a 3 and out and the first punt of many for the Rams. The Patriots gain some momentum from Edelman and get to field goal range. Gostkowski misses the short field goal, which was his second only on the season. The rest of the quarter proved to be very uneventful and the game stood at 0-0 when the time ran out.

The second quarter picked up with a little more excitement, although the game remained slow. The Pats get back down into field goal range with a few big runs from Sony Michel. This time around Gostkowski comes in clutch for the first points of game with a 41 yard field goal. With the Pats up 3-0, the Rams receive the kickoff and trade punts with the Pats. This would follow for the rest of the quarter, as the score remained 3-0 which puts the game as the 2nd lowest scoring half in Super Bowl history, the first being Super Bowl 9 where the score stood 2-0 at the half. 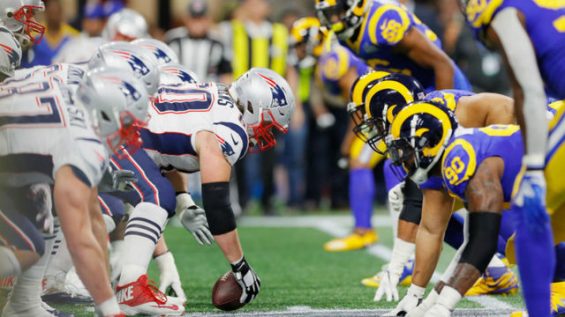 With much controversy over the halftime performance, Maroon 5 came out and performed without trying to make an political movements or opinions. They were joined by Houston based rapper Travis Scott who sang his hit song “Sicko Mode”. It was clear hat the game was going to be a defensive battle but the second half would show a bit more excitement.

The third quarter started out with the Rams receiving the ball and then an injury for the Patriots. Patrick Chung was injured on an open field tackle and had to be taken out of the game all together. He suffered another game ending injury in last year’s Super Bowl when he sustained a concussion. After a few unsuccessful drives by both teams something notable actually occured when the Rams punter Johnny Hekker punt the longest punt ever in Super Bowl history at 65 yards. The rest of the quarter again goes by without any real change until the end of the quarter when Rams kicker Greg Zuerlein gets his team on the board with a 53 yard field goal, tying the game 3-3. 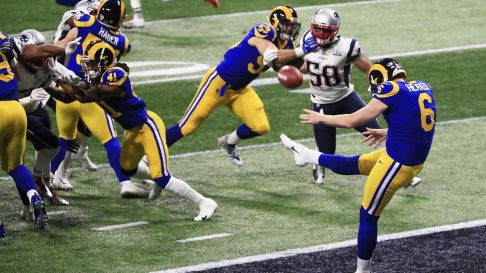 The last quarter of the game starts as the longest time without a touchdown in Super Bowl history. But not too long after the start of the quarter the Patriots get a few long passes by Brady and march down the field for the first and only touchdown of the game by RB Sony Michel. The game stands at 10-3, the next drive would prove to be fatal for the Rams as Goff got his team all the way to the 30 yard line, when the young QB made the biggest error of the game and threw an interception to Stephon Gilmore. The interception sparked the final drive for the Pats which went down to field goal range and secured a win with Gostkowski making his second field goal of the day and capping off the win 13-3.

Patriots receiver Julian Edelman was named the game’s MVP as he brought in 141 yards receiving to help his team get their record 6th Super Bowl win in the game’s lowest scoring appearance ever. 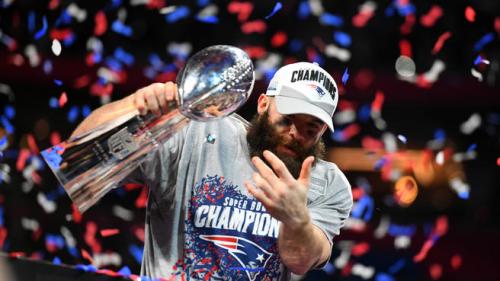