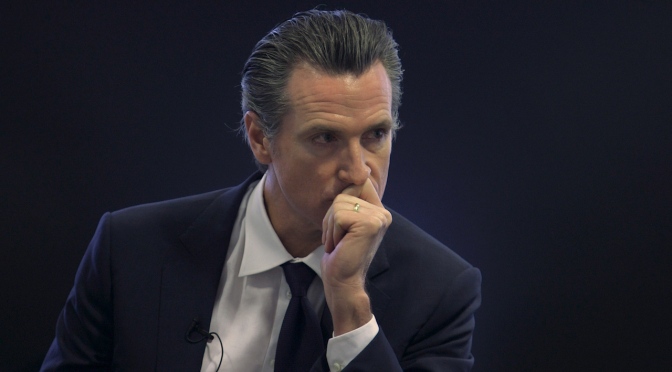 The California Governor Gavin Newsom is scheduled to sign an executive order to halt the state’s death penalty.

The order plans to halt the death penalty for all 737 inmates on California’s death row, which is the nation’s largest. A statement from the governor’s office reads:

“Here is the bottom line, our death penalty system has been, by any measure, a failure. It has discriminated against defendants who are mentally ill, black and brown, or can’t afford expensive legal representation. It has provided no public safety benefit or value as a deterrent. It has wasted billions of taxpayer dollars. But most of all, the death penalty is absolute. Irreversible and irreparable in the event of human error.”

His executive action will include a reprieve for all of the state’s death row inmates, a withdrawal of the state’s lethal injection protocol and “immediate” closure of the execution chamber at San Quentin State Prison, according to the statement.

The governor argues that with six in 10 death row inmates being people of color, the execution system in California has been unfair. At least five people on California’s death row over the years have been found to have been wrongfully convicted, according to Newsom’s office.

“The intentional killing of another person is wrong,” his prepared remarks read. “And as Governor, I will not oversee the execution of any individual.”

Other states have previously declared moratoriums on the death penalty. Governor Tom Wolf has done so in Pennsylvania, as did former governors John Hickenlooper in Colorado and John Kitzhaber in Oregon. All three of the individuals are Democrats.