On the one year anniversary of Beyoncé’s iconic Coachella performance, an in depth behind the scenes film was released on Netflix in order to allow fans to relive the historical moment. Titled “HOMECOMING: A Film By Beyonce”, the 2 hour documentary was directed, produced, and starred in by Beyoncé and her crew, cutting between clips from her performance and the prep that took place leading up to the 2 weekend festival. 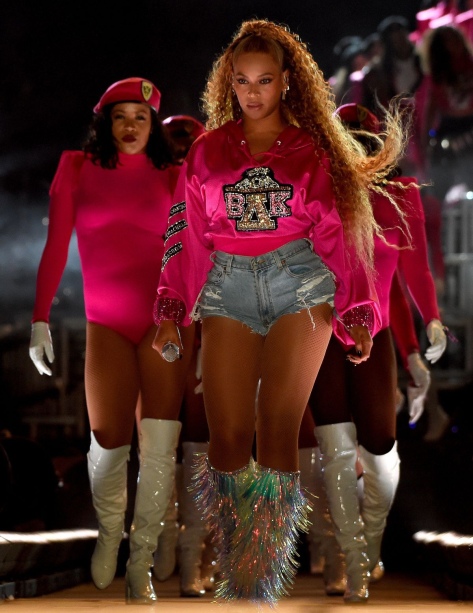 Making history as the first female African-American headliner at the Coachella Music and Arts Festival, Mrs.Carter used all of her resources in order to bring her black culture to the performance. She immensely involved herself in the planning process, speaking in the documentary on the different aspects that went into the show. Over the 8 month prep period, 4 of those months were dedicated to her and her team working on different musical arrangements in preparation for rehearsals with the band and dancers. Once the set list was decided, it was then that the hand selected dancers, background singers, orchestra, and drum line were brought in to incorporate themselves into the set. Using 3 different sound stages, Beyoncé kept herself involved in all areas of rehearsal and preparation, even helping design the different costumes and aesthetics that were used for the two weekends.

Her stage at Coachella featured a large set of risers to hold her cast while also utilizing extra runways that extended into the crowd. The elaborate display added to the over the top effect that Beyoncé and her crew were going for as everyone knew that this performance would go down as one of the best. To ensure that effect, she brought out surprise guests Michelle and Kelly from Destiny’s Child. The crowd excitement was elevated when the girl group got together to sing some of their most popular songs, ‘Say My Name’ and ‘Soldier’. On one of the weekend shows, Jay Z even made an appearance on stage to sing ‘Deja Vu’ with his wife. Overall, the performance was full of excitement and surprises that made it one of the best sets in Coachella history. Fans even began referring to the iconic festival as #BeyChella. 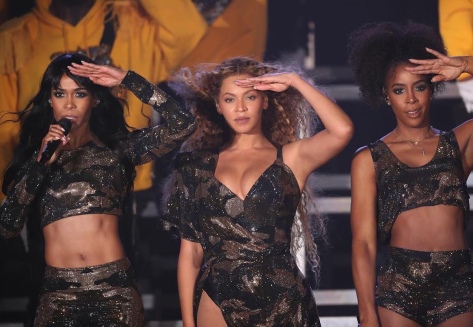 In addition to the documentary being released on Netflix, Beyonce also put out a live soundtrack of her performance from the festival onto all streaming services. This was exciting for many Spotify and Apple Music users as until just a few days ago, her newest album, “Lemonade”, was only exclusively on Jay Z’s streaming service, Tidal. But just as many of us were just wanting more and more, Beyonce delivered by dropping the album onto all streaming services, almost 3 years after it’s initial release. We can all thank Jay Z for the delay.

If you weren’t lucky enough to witness Beyonce’s Coachella performance live, or you just want to relive the best day of your life, the Netflix documentary is an immersive film that gives you the desire to appreciate the iconic artist even more. Speaking of the energy and exhaustion that the festival caused her, she repeatedly speaks how grateful she is to have the opportunity to do what she loves for the best fans. We can only hope that her next endeavour is sooner rather than later.