-I’m so happy ’cause today I found my friends, they’re in my head / I’m so ugly, but that’s OK ’cause so are you.- This line from Nirvana’s famous song “Lithium”, is molded into adults, and even young people’s heads across the globe.  Nirvana was an alternative rock and, grunge American band from the late 80’s, and 90’s (“Nirvana”). They had started out as just a couple of young, rebelling kids trying to form a band, and make music but, they eventually ended up finding unexpected worldwide success  (“Nirvana”). Their music was a change to the face, and the outlook on rock n’ roll. Still even today, Nirvana’s unique sound influences artists, and impacts almost anyone that comes across their music (“Nirvana”).

It all started back in 1985; where Kurt Cobain and Krist Novoselic met in Aberdeen, Washington (Sullivan 2017). Where the two soon decided to form a band. With Krist on the base, and Kurt being the vocals and on guitar the duo had a pretty great thing going for them (Erlewine). The band went through names almost as much as they went through drummers (“Nirvana”). But by 1987 the band officially settled on Nirvana (“Nirvana”). What really got the ball rolling for the band was when they released their very first album, “Bleach” (Erlewine).  It slowly, but surely became a big hit on the college radio, and ended up selling 35,000 copies of the album. And according to American music critic, Stephen Erlewine, this is what started attracting the attention of major labels. During the summer of 1990 the band was on tour and had gained David Grohl as their drummer, who is the most well-known drummer who was a part of Nirvana. And the summer after 1991 they released their second album, “Nevermind.” This album immediately was a smash hit with over 50,000 copies sold  (“Nirvana”). “Nevermind” bumped Michael Jackson out of the #1 spot, on the Billboard chart, and the famous song “Smells Like Teen Spirit” had climbed into the American Top Ten (Erlewine). Nirvana’s success took everyone by surprise, even themselves, and the music industries. Kurt told multiple reports that he regrets living the life he does, and if there was anyway he could go back and change the path he took, he would. He even said he was leaving his band and join Courtney Loves band, Holes. Because he felt tension amongst his band mates and he connected better with Love when it came to performing. But he knew they couldn’t collide their careers. He was also fighting amongist his band mates over how to split the earning. Kurt wanted and got 75/25 of the earning since they had just started making the real big, money. Kurt made statements claiming he was going to end the band.  It was obvious they had no idea how to deal with all of the success, and accomplishment they had been faced with. Many started to question the band’s stability. It has been said by Stephen Erlewine and others that “Nevermind” is what caused Cobain’s death. Kurt faced many personal issues, drug and mental health related. After failing at a suicide attempt in Rome while on a vacation with Love, Kurt fell deeper and deeper into a depressed state (Erlewine). After surviving the first attempt, Kurt was found in his home after being deceased for 3 days, the person that found him claimed they thought he was a mannequin but realized seconds later that wasn’t the case. The release of “Nevermind” was like being at the top of the biggest hill on their rock n’ roll roller coaster, and afterwards the long ride all the way back down was just too much for Kurt Cobain to handle. Cobain took his life on April 5th, 1994   (Sullivan 2017). Sadly, the band fell apart quickly after the tragic loss of their lead singer. But that did not stop their music from making an enormous impact through history all the way up until today, and more than less likely it will impact people very far into the future as well (Sullivan). Even after his death, Nirvana was still making it on the top hit billboards all the way up into the 2000’s. Nothing was as big as Nirvana in that time. They were the biggest new trend since hippies popped out in the 60’s. 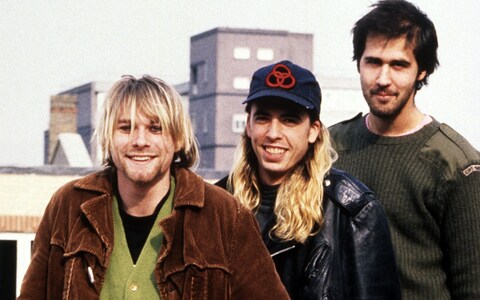 When Nirvana’s music started to come out, they genuinely changed the way people viewed rock n’ roll (Doran). They had a new sound that nobody had heard before. Author, and educator Darcey Steinke recalls a time when Nirvana was on their uproar. Darcey interviewed Kurt Cobain many years ago and she described their great success as an opening way for the scene and grunge genre to strive through. They inspired multiple different groups and stars that admit to being intrigued by Nirvana. Green day, The Offspring, and Weezer have all been claimed to be motivated by Nirvana’s sound (Doran). They opened up an entire new sound for artists. They were the start of the last great revolution in rock music – grunge (Doran). Not only did they inspire numerous great musicians around the globe, but they impacted everyday ordinary people (“Nirvana”). The music was very relate able for rebellious teens, and the outcast type, even though most of the album of “Nevermind” is upbeat over sounding gloomy. Nirvana’s album “Nevermind”, is the soundtrack to our parents’ youth (Doran). One of the songs in the album is “Smells Like Teen Spirit”, and music critic, John Doran claims this is one of the most instantly recognizable and catchy rock n’ roll intro to anyone under 35, and is up their with “Smoke On The Water” for anyone older. So next time you hear a Nirvana song on the radio or shuffling through a Pandora playlist. Remember the history and story of the band and the effect and change they have made. Think about what music today would be like if Kurt did what he said he wanted to and never started the band. their music might touch your soul a little more than it might have before.