Kanye West was hyping up his album, everyone was ready. People were staying up to hear those brand new songs. Then they never came out. Everyone was shocked. It isn’t very normal for things like this to happen in the music business. Or is it only normal for Kanye?

The original release date of the album “Jesus is King” was September the 27. Now it did not come out on that day. We were all ready. We were disappointed. According to TMZ sources the album was completed, but Kanye listens back to it and changes things constantly. Nobody was sure when it was going to be able to meet his standards. 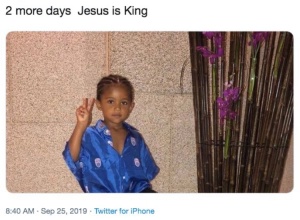 The excitement of ‘Jesuse is King’ started late August when some of the titles were released. “God Is”, “Baptized”, “Through the Valley”, “Sunday”, and “Sweet Jesus”. With the release date saying “September 27”. After it did not drop Kim Kardashian decided to post on instagram that the album is on track to come out September 29. Kanye had not said anything, since he no longer has social media. Yet still the album still did not drop on September 29.

Everyone was very confused. Many were getting frustrated, and some just wanted him to drop it. Kanye has always been on the more random side. Just last year he dropped five albums within five weeks. He also has been known to do some random things. Such as at the grammys when he decided to hop on stage and interrupt Taylor Swift’s acceptance speech. Now he stays under the radar. Most news about him only shows through his family and producers.

After awhile the new release date was going to be October 25. Now even though many people were getting frustrated and many lost interest, I believe some are still giving him one last shot. This is not the first time Kanye has delayed an album. Last year “Yandhi”  was supposed to drop but it never did. Still to this day. It has not. 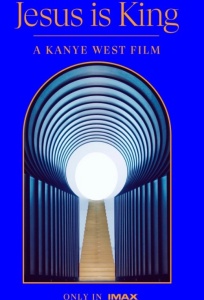 Now if you are one of those fans that just can’t give up the hope you have for this album, maybe this next part is good news. Today on October 17 2019, Kanye West released a “Jesus is King” documentary trailer. No it is not an album but maybe it is better? The release date for the documentary is also supposed to be October 25, the same day as the album. All we can do is wait. Will the music drop? Will the documentary drop? Will any of it actually happen? All I can say is we have waited this long, why not wait a little bit longer.