Nicknamed “Tinder for Teens”, Yubo is a free location based app for chatting and finding new friends. What could go wrong?

According to the app store Yubo is listed as an app for making friends, with an age range of 17+. But the company doesn’t seem interested in verifying ages.
Setting up a fake account took about three minutes, after I was rudely awakened to see that they had interests other than my friendship.
A mother from Melbourne found out about the app when she found out her 15-year-old daughter was being contacted by a 17-year-old boy via the app who had been trying to psychologically manipulate her daughter. 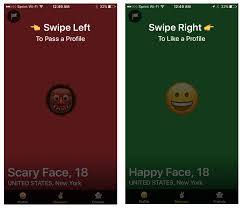 “I want parents to know that there is no innocence in our teens online,” the mother says.
Her daughter eventually agreed to meet the boy in a public place and as extra precaution she took a friend, he rushed her to a bathroom expecting her to “pay him back for the visit” It’s no longer an issue of teenagers fooling around, now its the manipulation and degradation of women.
Even if teens keep their contact within the app and not in person doesn’t mean the app is completely harmless, Kasey Edwards from The Sydney Morning Herald said “I clicked on one such video to see a girl sitting on her bed brushing her hair. A message from another user popped up on the screen requesting that she show her boobs, so she did”
“It was so chilling to watch because, by definition this video and others on Yubo, constitute child pornography,” while the app says nudity is banned there is obviously few controls. Anyone, of any age, with any intention could have watched that video, or even recorded and redistributed it.

National eSafety Commissioner Julie Inman Grant encourages parents to talk to their children about what they should and should not share in online platforms.
“Parents should be engaging in regular conversations with their children about online safety, and encourage critical reasoning skills, so they are aware of the risks of speaking to strangers online or sending images or videos they wouldn’t necessarily want others to see,” she says.
Inman Grant cautions parents not to take a “set and forget” approach when it comes to technology precautions.

“Teens are programmed to be curious and to push boundaries, so it is not uncommon to see them circumvent tech protections or find ways around restrictions to prevent them from using certain apps,” she says.